The neighborhood of Cannonborough runs east on Spring Street to Coming Street, south from Coming to Morris Street, west from Morris to Smith, south to Calhoun, and then west along Calhoun to the Ashley River. This area was acquired by Daniel Cannon sometime between 1762 and 1800, and was a marshy area lined with streams. Cannon, a carpenter, used the area to build two lumber mills near the Ashely River, one on Cannon Street and the other on Boundary Street. By the early 1800s, the marshes had been filled in and construction had begun on the main stately homes in the area. Most of these houses were found on what was then known as Pinckney Street (now Rutledge Avenue) because this area had the highest ground in the neighborhood. Jonathan Lucas eventually expanded Cannonborough to its current size, which includes Calhoun Street as the southernmost border. Lucas also oversaw the addition of rice and sawmills in the more low-lying areas. While Cannonborough is still a thriving area, the sawmills, rice mills and lumber yards of the past have been overtaken by state-of-the-art medical facilities, small businesses and refurbished historical homes. Cannonborough is most known for the Medical University of South Carolina campus, which resides almost wholly within the Cannonborough borders. Directly next door to the MUSC campus is Roper Hospital, one of the Charleston area’s best hospitals. Residents of Cannonborough are only minutes away from the best healthcare in the state, and it is no surprise that many of the homes in this area house medical students, residents, and physicians, and their families. Five Loaves Cafe, an amazing local restaurant located in the heart of the Cannonbourough Elliotbourough District. Photo by HannahLane Photography .

Cannonborough also has many excellent shops, cafes and businesses throughout the neighborhood, especially along Spring Street, where the Spring-Cannon Corridor Plan is currently being put into place. This plan aims to increase the profile of the businesses currently on Spring and Cannon Streets, as well as making Cannonborough (and the neighboring Elliotborough) a draw for residents and visitors alike. Among the businesses along Spring Street in Cannonborough are Five Loaves Café, which specializes in gourmet sandwiches, soups and pastas, and Sugar Bakeshop, which offers homemade cakes, pastries, cupcakes and cookies to patrons.

Real Estate for Sale in Cannonborough

While Elliotborough is often lumped in with the larger, neighboring Cannonborough (as Cannon-Elliotborough or Cannonborough-Elliotborough), this small but promising area is poised to be the next up and coming area in the Charleston Peninsula Midtown. Bordered by Line Street, Coming Street, Spring Street and Rutledge Avenue, this neighborhood was surveyed by the Elliot (sometimes seen as “Elliott”) family in the 1770s. When Elliotborough began to grow, it eventually met Cannonborough to the west; now, the two neighborhoods often pool their resources to bring new residents, visitors and shoppers to the area. Hominy Girll is also located in the heart of the Canonbourough Elliotbourough District. Photo by Hannah Lane Photography.

Recently, a major revitalization of Elliotborough has begun as a direct result of the Spring-Cannon Corridor Plan of 1998. This plan aims to support existing businesses as well as provide foot traffic for new ones; restoration and beautification of the historic homes in the area has also been a push through the Plan. The City of Charleston has also designated the area as a tax-increment area, which allows for a portion of the taxes paid in Elliotborough to go directly back into the neighborhood. All of this interest in Elliotborough has definitely paid off in the last decade. The Karpeles Manuscript Library Museum (founded 1983) on Spring Street is the largest private collection of manuscripts in the world, and includes handwritten, original editions of Mark Twain’s The Adventures of Tom Sawyer and Einstein’s “E=mc²” equation. Among the newer businesses in Elliotborough are Xioa Bao Biscuit, which offers authentic cuisine from Vietnam, Thailand and other Asian countries, and Trattoria Lucca, an acclaimed Italian restaurant owned by the five-star rated chef at the now-defunct Woodlands restaurant and Inn in Summerville. Wildflour Pastry, at 73 Spring Street, offers gourmet sticky buns, coffee and baked goods to those who’ve found this gem.

Elliotborough has a long history in the Charleston community, but it looks as if the brightest chapter in this quaint Midtown neighborhood is just about to unfold.

Search for More Real Estate in the Charleston Neighborhood of Elliotborough

Search for Other Charleston Area Property 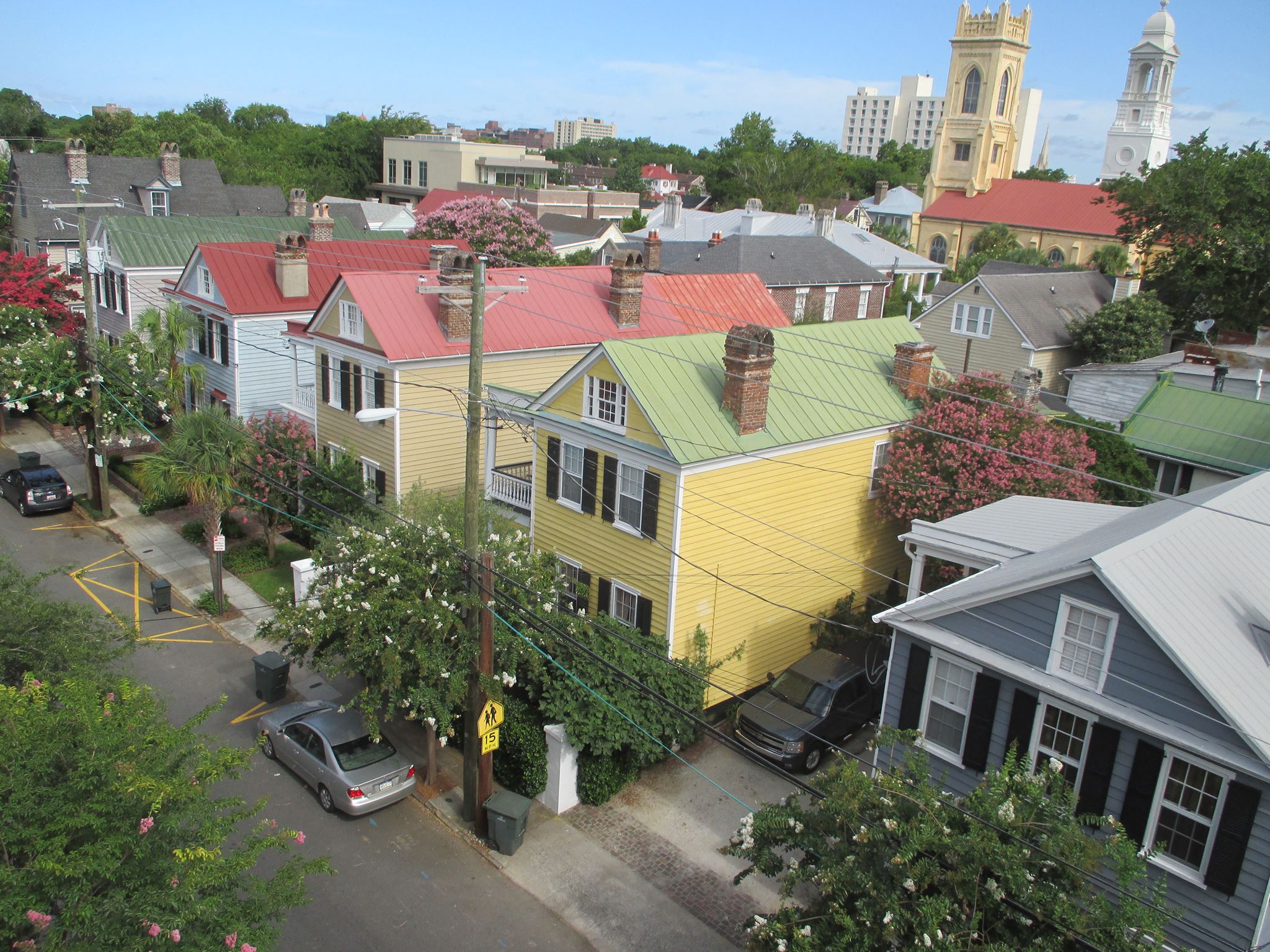